Now reading: What is wool, where does wool come from, and why do we use wool fabric?

Share
What is wool fabric, where does wool come from? 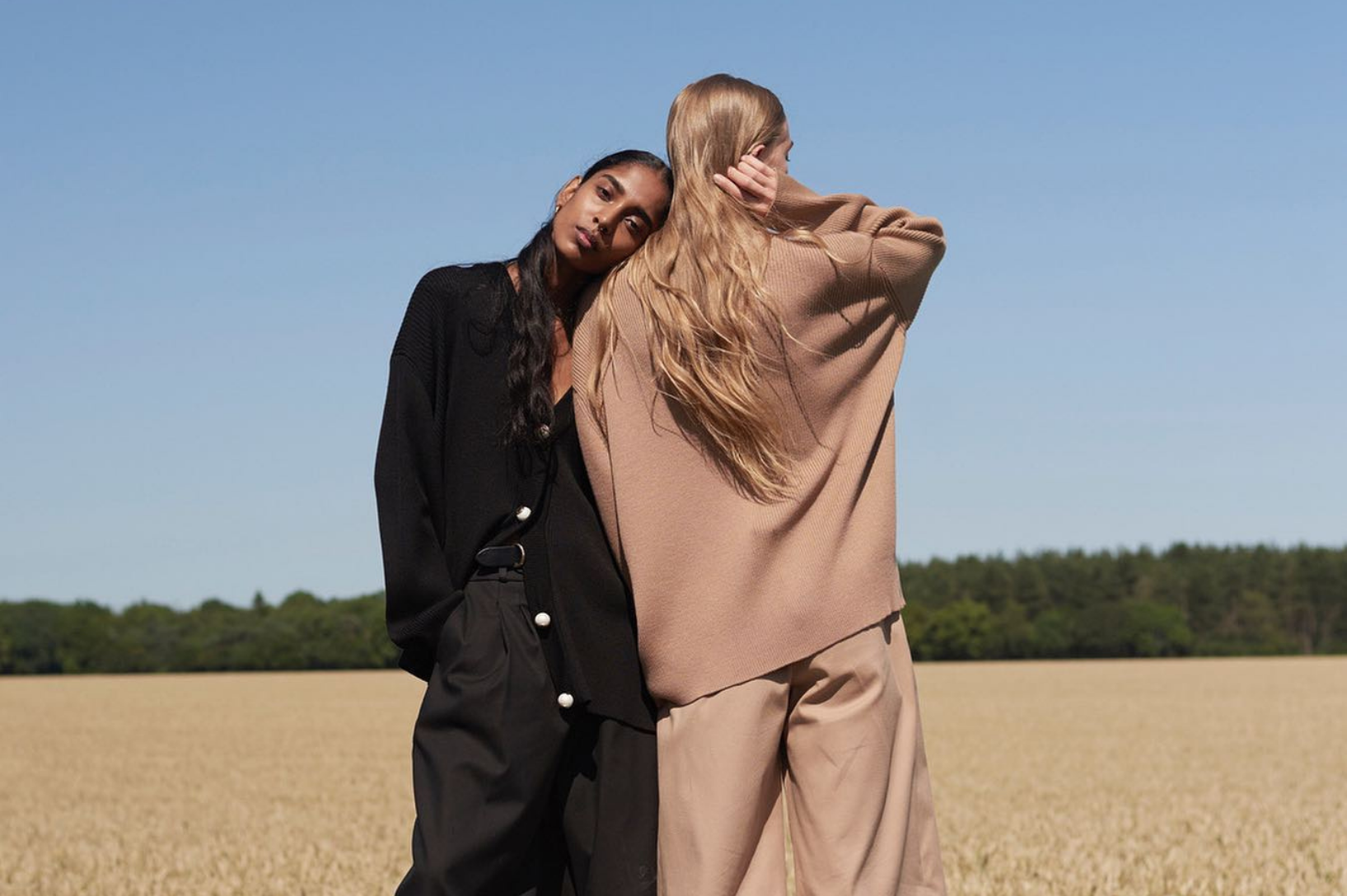 What is wool and what are its benefits?

You know that wool comes from sheep. You’ve seen some images of farmers shearing the sheep. You know it’s sometimes itchy. That’s about all you know. We’re going to borrow the definition of wool from the CSIRO, because it turns out, it’s difficult to explain.

Clean wool, together with other animal fibres, belongs to a group of proteins known as keratins. Unlike cotton and the majority of synthetic fibres, wool does not have a homogeneous structure. Wool fibres have highly complex physical and chemical compositions that have evolved over millions of years to protect sheep from extremes of heat and cold (CSIRO 2006).

Unsurprisingly, nature wins once again at being better than humans at developing miraculous solutions to impossible problems. Need something breathable and airy for summer but cosy and toasty for winter? Wool’s your gal. It’s one of the reasons wool is increasingly being utilised for activewear. It’s particularly perfect for activities like skiing; You’re warm on the ski lifts but cool when you start to work up a sweat.

You probably understand the basics of insulation and why your woollens keep you warm in winter. But how does wool keep you cool in summer? Well, our skin doesn’t sense the temperature of the air or an object, but the rate at which the temperature of the molecules in contact with our heat receptors increase or decrease [Khan Academy 2015]. The distribution of these molecules is important. In the case of wool, as the relevant molecules (your sweat) move away from the skin, the average temperature of the molecules interacting with the heat receptors reduces, making the skin feel cooler [Khan Academy 2015]. This is known as evaporative cooling. Wool’s complex composition, which is breathable, moisture-wicking and absorbent, combine to make this system continually effective throughout the entire time your wear the garment.

Wool can also adapt to meet a variety of clothing contexts. It can be woven, à la your dad’s suit. It can be knitted, à la your fave winter jumper. It blends well with other fabrics. Of course, for recycling purposes that’s a nightmare, but it’s a boon for clothing manufacturers who can then mix wool with a cheaper polyester to get the benefits without the cost.

How is wool made into a material?

Obviously, wool is made into material from the fleece of sheep, and so it needs to be cleaned first. That’s because it contains elements other than fibre. There’s the general detritus that sheep will pick up as they wander the hills; leaf litter and dirt. There’s wool grease, which you may know as ‘Lanolin’, and there’s suint, which is derived from sheep perspiration. In non-organically farmed sheep populations, there’s also the insecticides and fungicides the sheep are ‘dipped’ in to prevent infection. To remove each of these elements from the fleece, and to make the fleece smoother, the fibre is scoured.

Next, wool is ‘carded’. The fleece passes through metal teeth (this can be done by hand or by machine) to untangle and straighten the naturally curly fleece and get it ready for spinning.

Spinning takes several strands of wool and spins them together to form the mini rope-like strings of yarn. This can either be worsted yarn, which is very fine and used for weaving, or woollen yarn, which is what you’re used to seeing your Nanna knit with.

Wool is very easy to dye, which is excellent news for any fabric manufacturer who wishes to utilise natural dyes.

What are the different types of wool?

The different types of wool are entirely based on the different types of sheep. And there are hundreds of types of sheep. Wool ranges from very fine, and suitable for being in direct contact with human skin, to being course and hardwearing and suitable for weaving rugs from. Examples of wool most suitable for using in clothing include the fleece from Merino, Rambouillet, Cormo and Targhee sheep. Lambswool does not come from one particular sheep breed but instead refers to the wool that comes from the very first shearing a sheep ever experiences. Just like the hair on your legs was softest before you started shaving it, so too is the wool softest from a sheep before it has ever been shorn.

Where is wool produced?

Wool is produced right here! Australia has the second biggest ‘flock’ of sheep worldwide after China, and we’re the biggest exporter of wool worldwide. After us, India, Sudan, Mongolia, New Zealand and the UK follow pretty closely behind.

Is wool an ethical fabric?

First of all, it’s worth mentioning that sheep are some of the oldest living domesticated animals on earth. They’ve co-evolved with humans to help provide food, clothing and shelter. Whereas once their coats would have stopped growing at a predetermined length, they’ve been bred to have a coat that will continue to grow without stopping. This means it is actually a necessity to shear sheep, especially before summer.

When we begin to look into the animal welfare issues in sheep farming, we see that it is almost always the pressures of a capitalist society that cause them. Feeding sheep grain to supplement land with over-farmed soil. That over-farmed soil doesn’t contain the biodiversity needed to grow nutritious plants and grasses that would best feed their livestock. Four percent of lambs then die from a lack of nutrition, and farmers breed even more sheep to allow for those deaths. Of course, this leads to a dangerous cycle of needing more grain to feed more sheep to account for further depleted soil from too many animals and dodgy farming practises.

There’s also the issue of mulesing, which is still legal and common practise in Australia (although it has been banned in NZ!) This is particularly relevant for us, because the majority of the sheep in Aus are merino sheep. Mulesing is where deep strips of skin are cut off of the behinds of merino sheep to prevent flystrike, sometimes with no pain relief. Merino sheep have been bred to have rolls of extra flesh from which to grow extra fleece. This is what creates the opportunity for flystrike. Attracted to the moisture and warmth of the folds of skin, flies lay eggs and the maggots that grow can eat into the sheep. Mulesing creates smooth, scarred skin that won’t be habitable for flies.

It is possible to care for merino sheep without mulesing to prevent flystrike, but the large-scale nature of most farming means this is not considered financially viable, and so mulesing continues.

PETA has uncovered some horrific instances of animal abuse by shearers. Obviously, this is going to be a bigger problem in large-scale farming operations that hire external contractors.

But never fear! It is possible to buy ethical wool and products made with certified ethical wool. We’ll talk about that more below.

Is wool a sustainable fabric?

Just as above, wool can be a sustainable fabric! You may have seen the Made-By Environmental Benchmark for fabrics, which ranks fabrics on their sustainability in a report-style format. Wool is given the unflattering ranking of ‘E’, the second lowest rating. This is due to the carbon emissions related to farming.

Once upon a time, we farmed sustainably. We maintained soil fertility and plant biodiversity. But over time, to meet the demands of a capitalist society, we demanded higher yield from the crops. We overgrazed the land. We tilled the soil deeper to reach the soil that was still fertile, to try to grow more. So we depleted the soil further. We bought more animals and started feeding them grains because the land was no longer producing enough grass to feed all the animals we tried to fit onto the land. Those grains required more fields somewhere else, and those fields were also over tilled. Everywhere, we started trying to extract more and more without giving anything in return. The animals were releasing carbon dioxide into the atmosphere and the dried-out land they were on was useless in extracting any of it from the atmosphere and bringing it back down into the earth, where it could have been used to grow healthier plants to better feed the animals.

You can see where this is going. Regenerative farming practises ensure fertile soil. Sheep and other ruminant animals have a huge part to play in this. With strategic grazing methods, sheep improve soil health and pasture vigour. With sheep, there’s no need for tractors or mowers classically linked with modern farming practises. Sheep can mow down the pasture, nourish it with their manure, and work the manure and seeds back into the earth with their hooves. In this way, it’s possible to take a farm with depleted, acidic soil and turn it into living, healthy soil. The sheep in a properly managed farm shouldn’t need to be grain fed, saving the need for extra land-use by monocrops. The healthy soil will better grow grasslands with deeper roots that act as extraordinary carbon sinks. A regeneratively-managed farm should be carbon negative.

We’ll finish up discussing the ecological impacts of wool by pointing out that benchmarks like Made-By’s only consider the impact of production, rather than the lifecycle of a fibre. Wool is biodegradable and easily recyclable. Garments made from wool have the potential to last a lifetime. It’s possible you own a knit passed down from your great-granny, and it’s possible that knit could be passed down to your own grandchildren one day.

Wool is also antibacterial and requires far less washing than many other fibres. It’s also washed in cold water. This avoids the energy use of heating up water for your washing machine, which we recently discovered costs more on an electricity bill than your air conditioner and your dryer!

Where can I buy ethically and sustainable sourced wool products?

There are an increasing number of fabric and farming certifications that ensure the ethical and sustainable origins of wool. Here’s a list of places working to improve wool and farming standards:

Farming sheep receives a bad rap because of its tendency, since the industrial revolution, to contribute to global warming, as well as for the ‘wasted’ land-use. But sheep can actually contribute to a food-producing farm by creating fertile soil and eating weeds that might otherwise need to be poisoned. This allows for organic farming potential, further improving soil quality and the nutritional profile of the produce grown on the land. And of course, allowing us to access wool sustainably and ethically, when those farms are certified by an appropriate source.

Image by Mother Of Pearl, a UK based brand we’re obsessed with for their ethically made, statement coats. 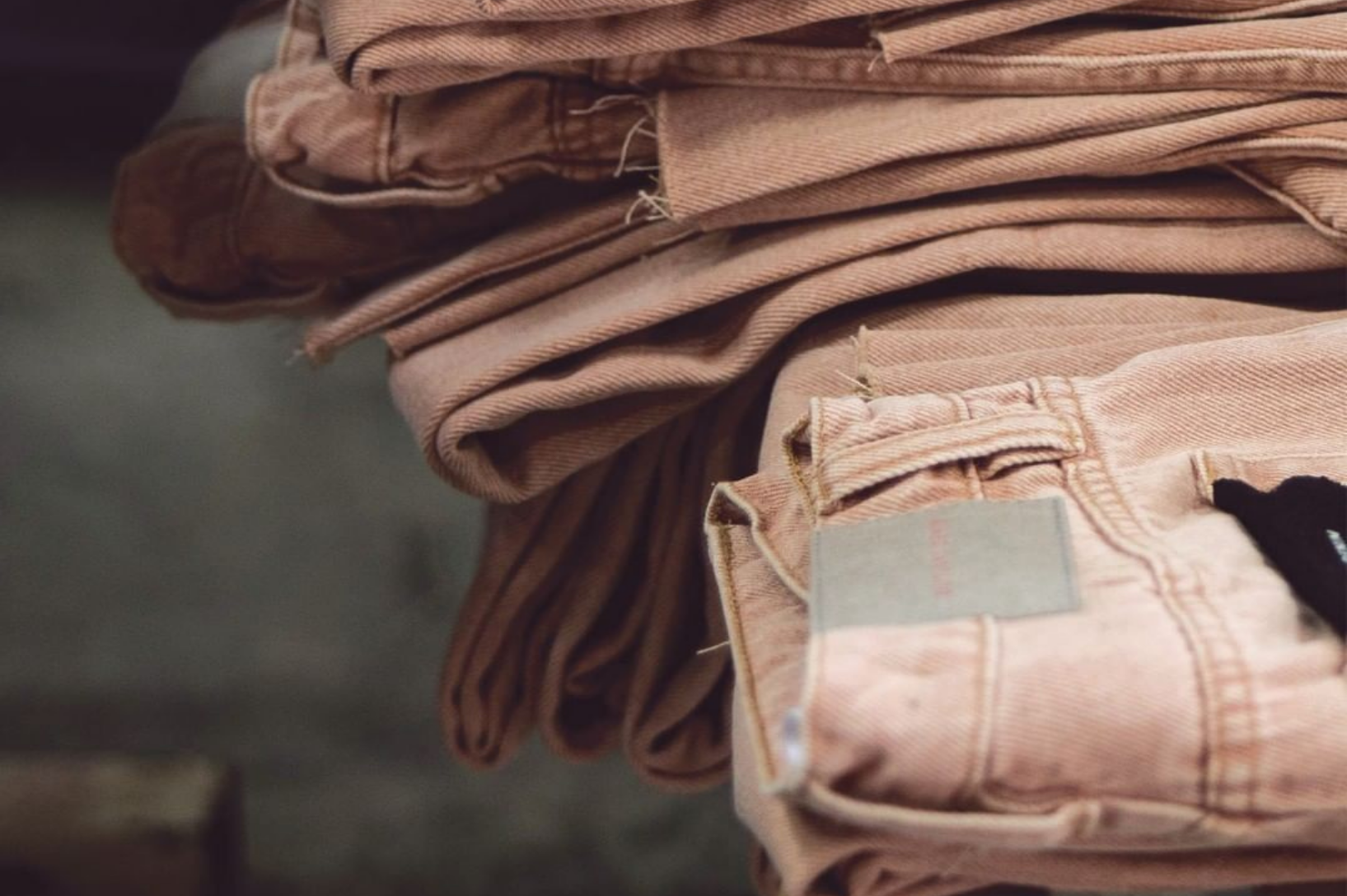 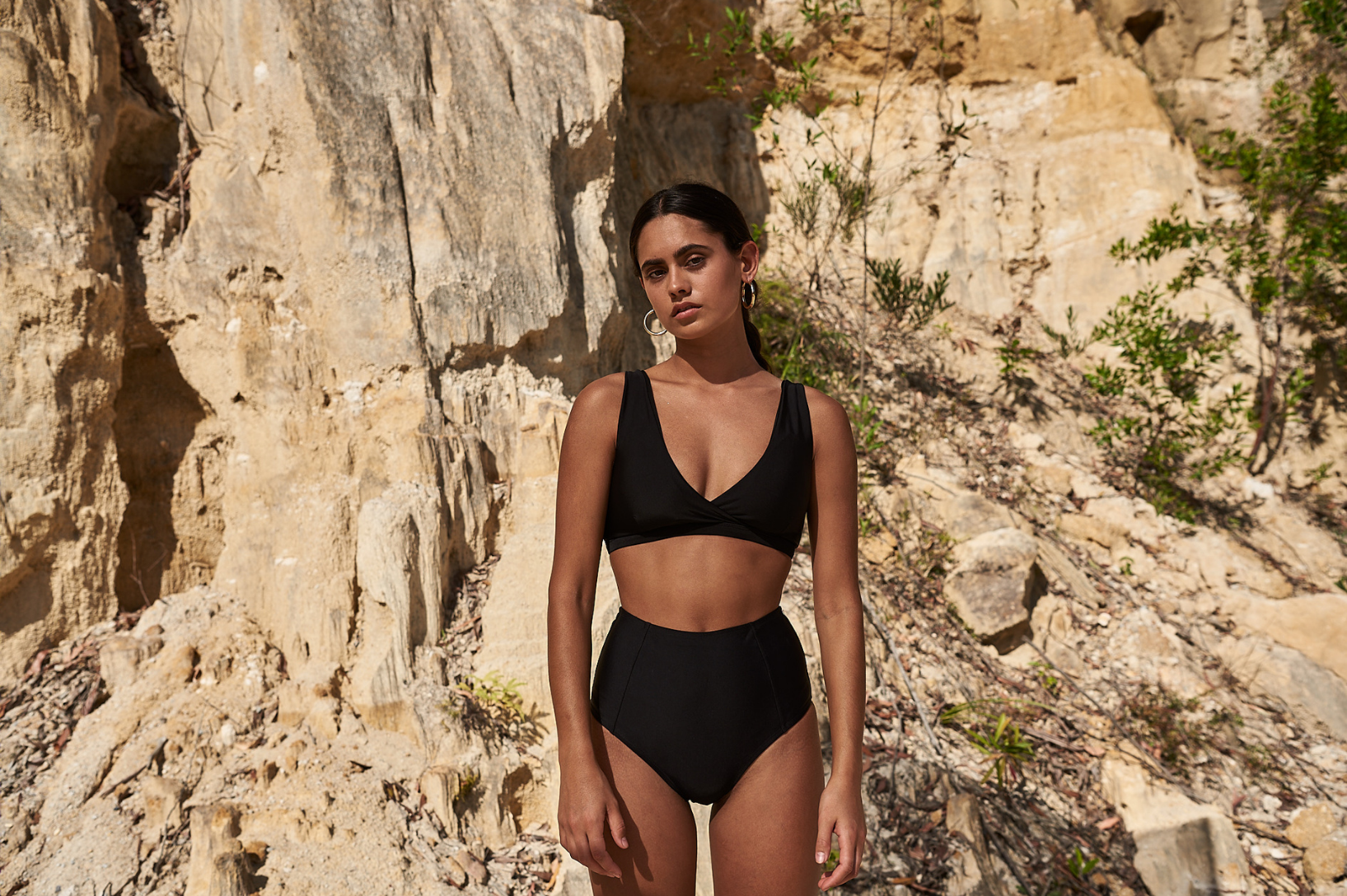 What is cupro, and is cupro a sustainable fabric? 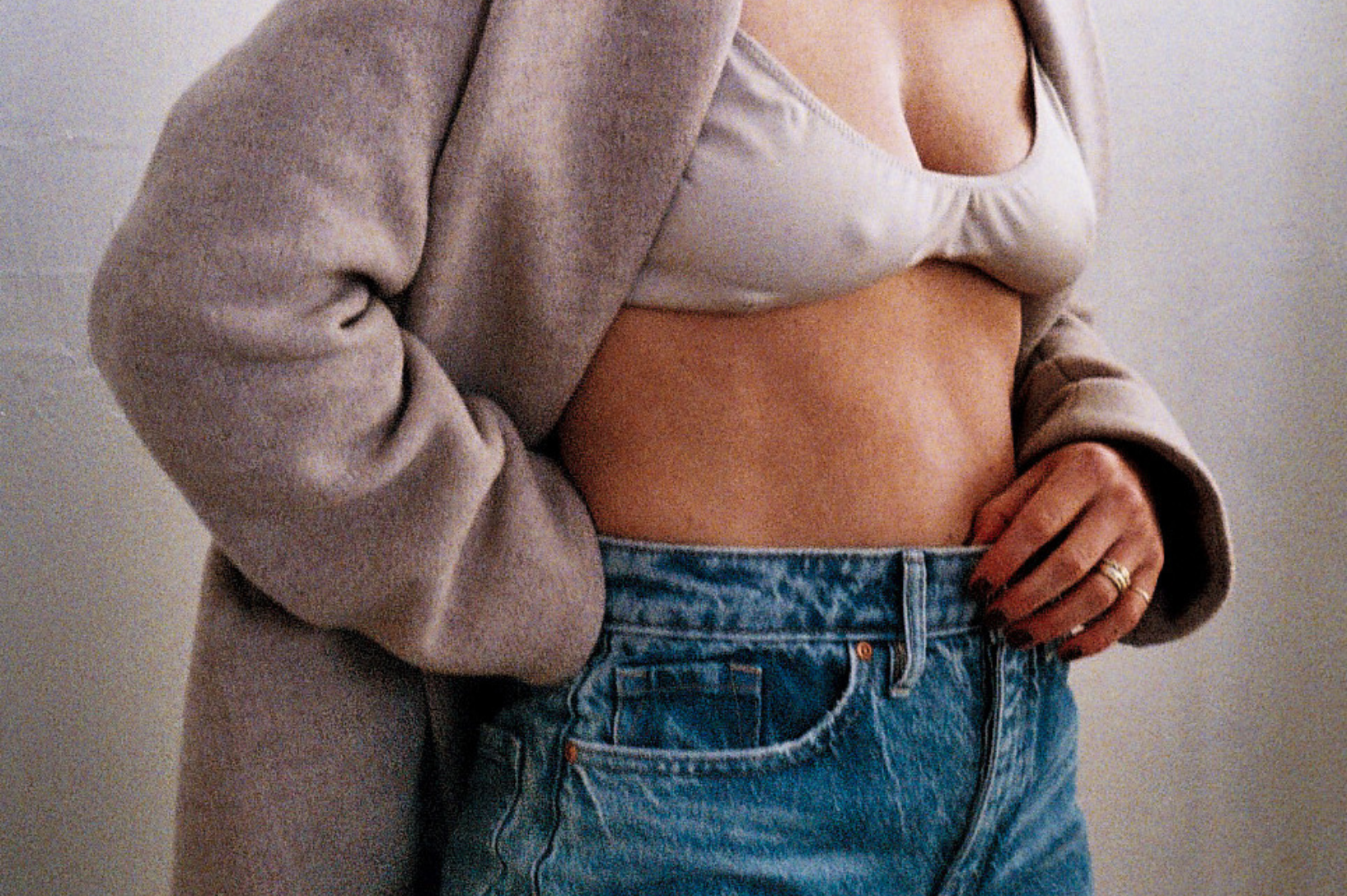